First stop this morning was Starbucks. I needed coffee. There I looked up where I needed to go to get to Fort Sumter. The ferry from Patriot’s Point next to my hotel is closed for a bit, so I had to cross the Ravenel Bridge to downtown Charleston. I mention that because it’s a beautiful suspension bridge.

I got to the Fort Sumter Visitor Education Center about 10:45 a.m. and the first ferry leaves at 11. Great timing and I hadn’t even known the timing of the ferries. During the trip across the harbor, the wind blew the deck chairs into a tumbled mess. Due to the breeze, I mostly couldn’t hear the canned audio telling some of the history of Fort Sumter. Lots of uses of states rights and a debate on the meaning of freedom. Very disappointed. 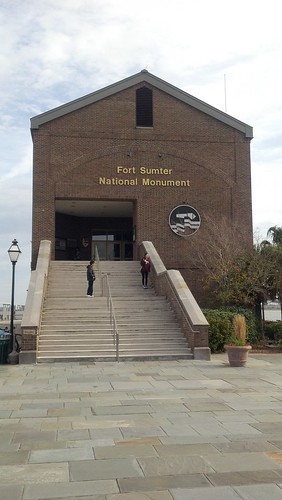 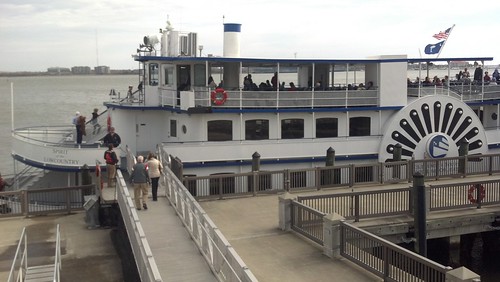 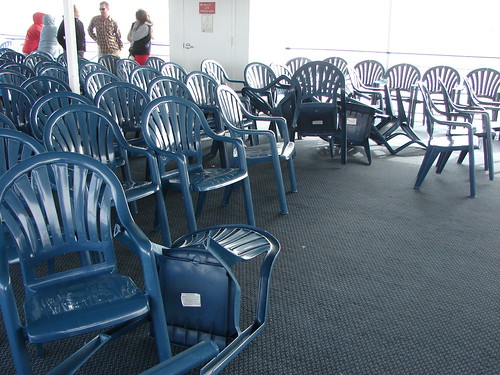 We had a brief wait to dock at Fort Sumter and then a short talk by ranger Olivia. She also repeated the debate on the meaning of freedom line. I wish they’d given her a better summary to repeat. We then had just short of an hour total 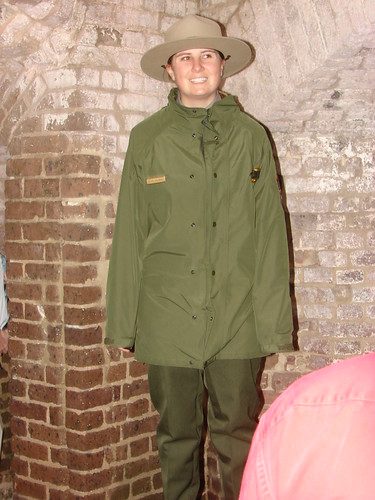 Then we got to wander around Fort Sumter, which looks quite different from 1860. During the Civil War the Fort was reduced to rubble and then rebuilt during the 1870s with much lower walls. In 1899, a large cement battery was built in the parade grounds as a defense during the Spanish-American War. So although the stuff I photographed is over 100 years old, it isn’t what I was hoping to see. Ah well. 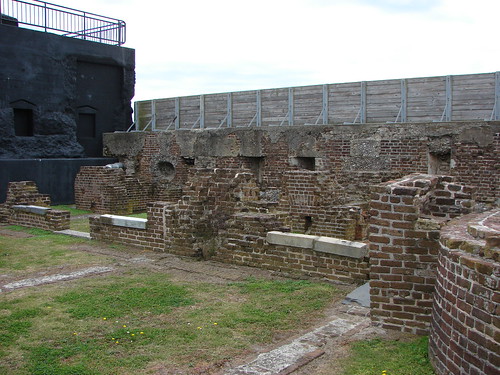 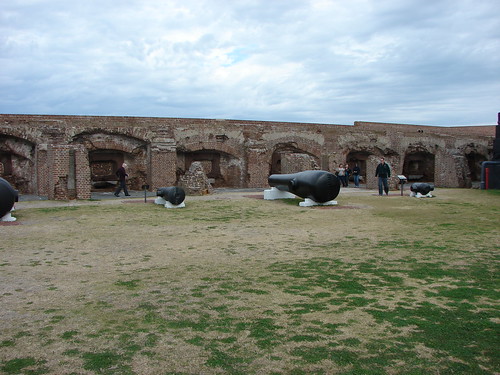 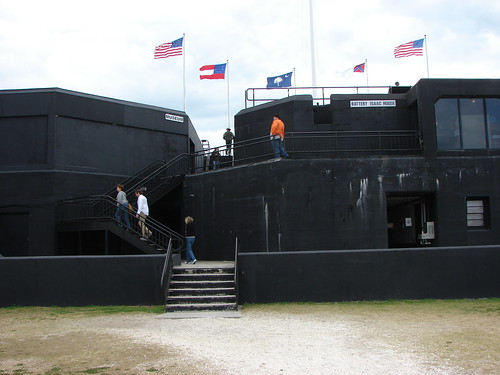 After the ferry ride back, I viewed the exhibits at the Visitor Education Center (I hadn’t had time on arrival). These were excellent. Didn’t dance around the issue of slavery in the slightest.

By this point, I was hungry. So I drove closer downtown and looked for a place to eat. Most of the places were either closing up for the end of brunch, or had a line. I ended up at a place called Barbara Jean’s which is a small chain serving Southern food. It was mediocre. I need to find a better way of finding good restaurants than walking around, or looking at Yelp. The thing is that people with poor taste in food use Yelp too.

What I thought was a Confederate Museum turned out not to be. On looking closer, the museum was upstairs and an entrance to the Charleston City Market was below. I have no interest in a Confederate Museum, particularly one run by the Daughters of the Confederacy. But the City Market I did want to see. There were a lot of basket makers. A few people selling shea butter. Not a whole lot that was interesting to me. But I did see one booth with some great jewelry made by Sheinata Carn-Hall. I chatted with her a bit, and ended up buying something from her. When I left on my trip, my sister-in-law told me to buy her something pretty, so I’ve been picking things up for her. 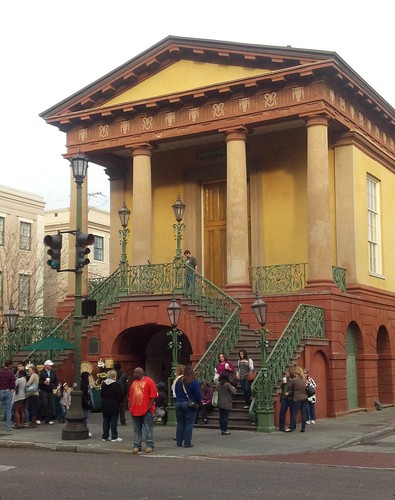 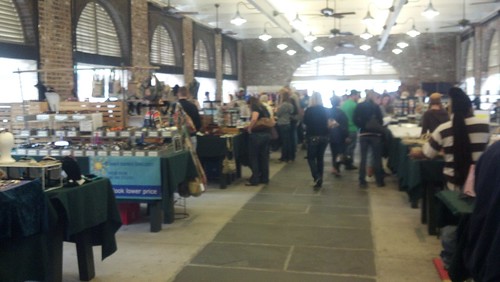 Then I drove to Georgetown. I thought about staying in Charleston one more night so I could have another stab at Southern food Charleston-style tomorrow. However, weekend rates were in place there and I didn’t feel like paying them a second night. $40 cheaper here than there. Hopefully I’ll find some good breakfast here in Georgetown.