On leaving Titusville, I decided to get off the interstate and drive closer to the coast. So I headed over to US-1 and drove north. For a while that seemed like a good choice, although a bit boring. The towns along US-1 in that section aren’t particularly interesting. But on approaching Daytona Beach, the traffic increased, and 45 minutes of my driving was like driving highway 99 from Seattle to Everett. Lots of signs and traffic and intersections with lights and crappy businesses lining the road. Bleah. So when US-1 crossed I-95 I jumped back on the interstate.

But a few miles later I saw a sign for Saint Augustine and I remembered my middle school history: Saint Augustine is the oldest continuously occupied European settlement in the United States. So I got back onto US-1 and drove into the town. I need to do some research to find out if there are any native American settlements that have been been extent in some form for longer.

After parking in the city parking garage and stepping through the visitor center, I saw two things across the street: a Ripley’s Odditorium, and Castillo de San Marcos. First I headed toward the castle. Along the way is the Huguenot Cemetery, which is closed to public access unfortunately. My inner genealogist couldn’t help but snap a few photos from the wall. I didn’t get more because I figured such a prominent cemetery would have already been extensively photographed. Looking it up on Find A Grave right now it appears that is sort of true. Most of the markers have photos, but they are small versions. Grrr… I wish people more people would post large, high resolution photos on F.A.G. 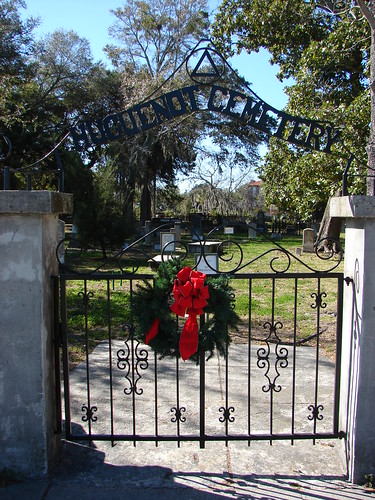 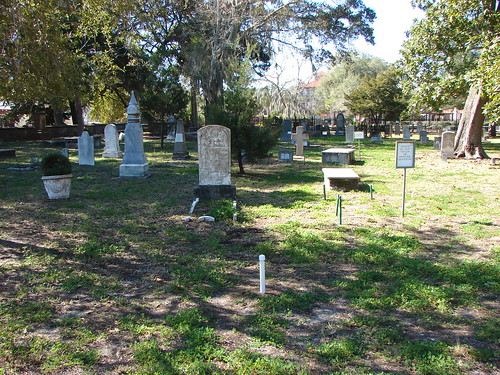 Then across the street to Castillo de San Marcos. This was a military fort built to protect Saint Augustine and Spanish Florida in general from predation by English privateers based in Charleston. The literature on site trumpets the fact that San Marcos was never taken in battle. However, it was only attacked twice, and one of those times the English completely sacked Saint Augustine before retreating north on land. 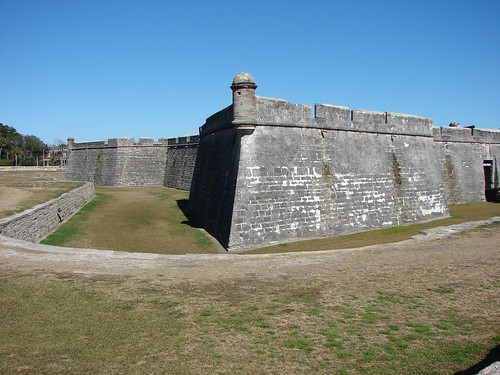 Moat and walls of San Marcos 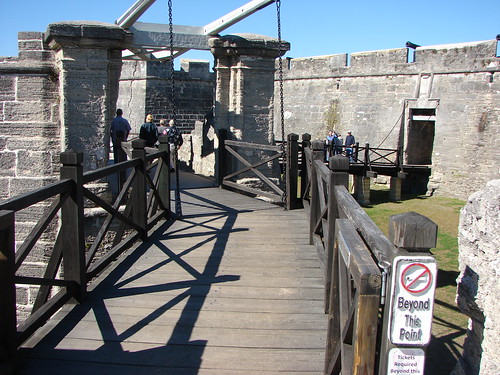 The castle has extremely thick walls made of a rock that absorbs cannonballs. Outward from it lie additional protections including a dry moat, a covered way, and a sloping hill called a glacis. It has four diamond shaped bastions designed to make anyone approaching the fort come under crossfire from two of them. On top is a wide flat area where dozens of naval cannon are mounted. It would be very hard to take it. 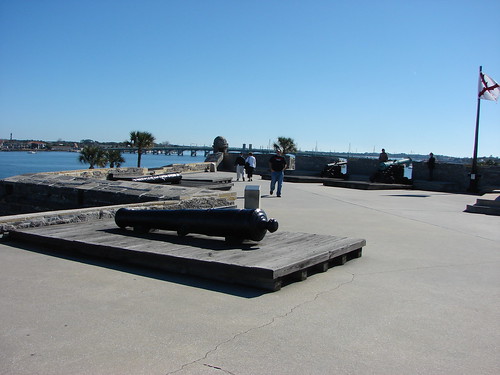 The old Spanish part of Saint Augustine is mostly a pedestrian mall now. Lots of tourist shops in historic buildings, most of which seemed to be rebuilds rather than original construction. That made it less intriguing to me. I had lunch at a place that served English food called Prince of Wales. Hand battered fish and waffle chips. Very tasty. Decent singer playing on the porch as well. 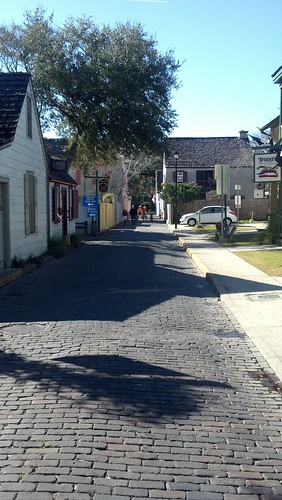 For the late afternoon, I headed to the Ripley’s Believe It Or Not Odditorium. I had some trepidation that turned out to be justified. A significant chunk of what Robert Ripley found and promoted was foreign cultural practices that seemed strange to him. His cartoons and the Odditorium don’t usually draw attention to those practices in order to put them down. But what they do isn’t celebrating them either. The actual presentation is very othering. There are also a lot of fun things there: a sculpture of a manatee made entirely of soda cans recovered from Florida wetlands, a three story erector set model of a ferris wheel, and a couple of dizziness-inducing spinning tunnels. And lots more of course. 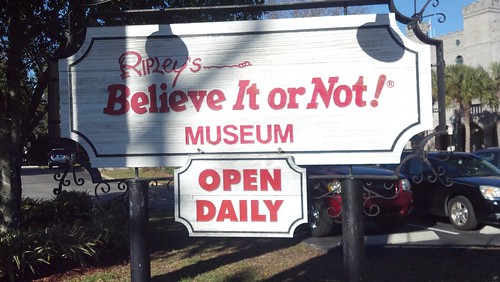 Ripley's Believe It Or Not! 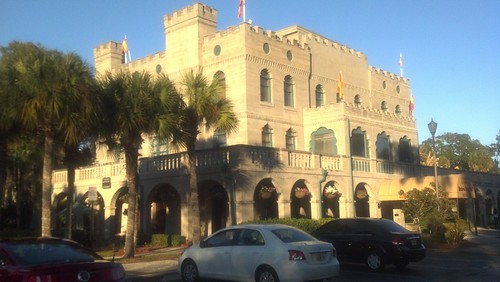 Then, driving on to the outskirts of Jacksonville.

The reason to get to Jacksonville on the 19th was that I wanted to stop by the Florida Department of Vital Statistics and request a few death certificates for my genealogy work. A few people in my family tree retired to Florida and died in that state. I could have requested the death certificates via mail or online via Vitalchek, but the latter charges a hefty processing fee and I knew I would make mistakes on the applications if I did the former. So as long as I was going to be nearby, an in person visit seemed perfect. The bonus is that Florida, unlike a lot of other states, only charges $5 per death certificate. I did not ask for rush service, so my copies will be mailed to me in Seattle. The clerk was unable to direct me to a coffee shop afterward though. How do you people in Jacksonville live without coffee shops downtown?

And then I drove to Charleston. Other than gas and food, I didn’t stop in Georgia. I thought about possibly staying the night in Savannah and checking out that city, but I just wasn’t interested in genteel antebellum life and architecture last night. After crossing an immense suspension bridge into South Carolina, I kept to US-17 most of the way to Charleston. I’ve seen more swamplands in South Carolina than I did in Florida.

Just after I drove through downtown Charleston I remembered I wanted to see Fort Sumter, where the South started the Civil War. Where it was slipped my mind, so I pulled over and checked Google Maps, finding out that it was in Charleston harbor. So I found a hotel for the night as it was too late for a visit. Thought about heading out for a nice dinner, but the road food wasn’t sitting well, and I was tired, and my hotel room had a giant whirlpool tub. After an hour of soaking in the tub, I wrote a couple of blog posts and slept.