What Used to be a Street

Went to a show recommended by Aimee tonight. It was all right, but the excitement (such as it is) was on the way home. I cut along Fairview along the lake rather than go up Eastlake. At Newton, there was a lot of water. Thought maybe a storm sewer was backed up, though we haven’t had enough rain to generate this much water. Looked closer, and realized it was coming through the asphalt.

So I pulled over, looked up the 24 hour number for the water and sewer department, and called them. Then I drove home, got my camera, and walked back. 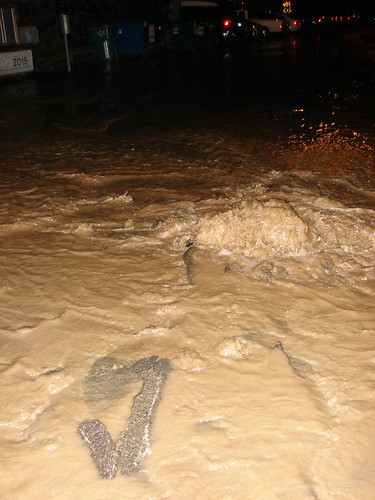 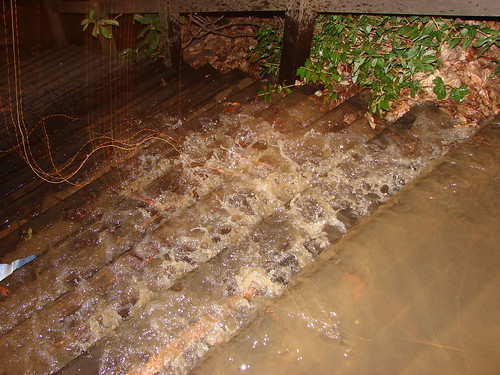 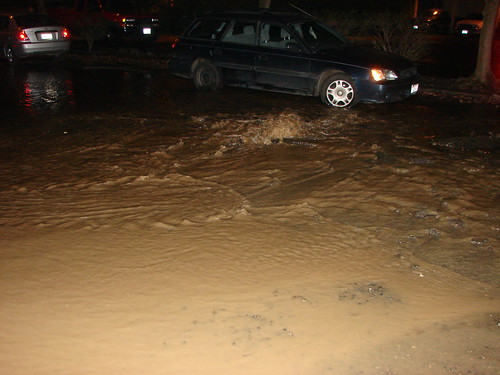 Took the city about 50 minutes after I called to get out there, another 10 to shut the water off, and another 20 before it stopped coming up. I was hoping for a slower response, so we’d get a giant sinkhole that eats cars. Sadly, my dreams of destruction did not come true. 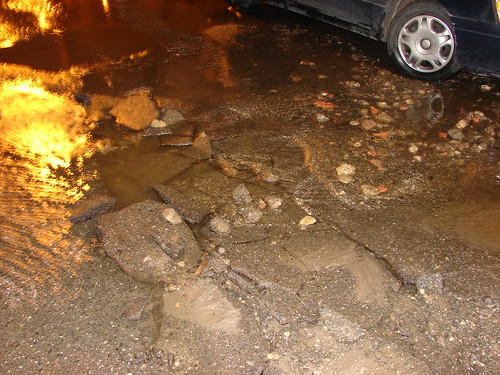 Luckily, I already have a tag for water damage!